A New Era in the U.P. – Snowriver Mountain Resort

Duluth, Minnesota (August 29, 2022) – Charles Skinner, Jr. has completed the acquisition of the Big Snow Resort from Art Dumke. The purchase includes the two historic UP ski areas of Indianhead and Blackjack, plus restaurants, a hotel, and numerous guest service buildings.

The resort name will transition to a new resort brand of Snowriver Mountain Resort, and the Blackjack and Indianhead base areas will be named after the two rivers flowing through the resort, Black River Basin (Blackjack) and Jackson Creek Summit (Indianhead). 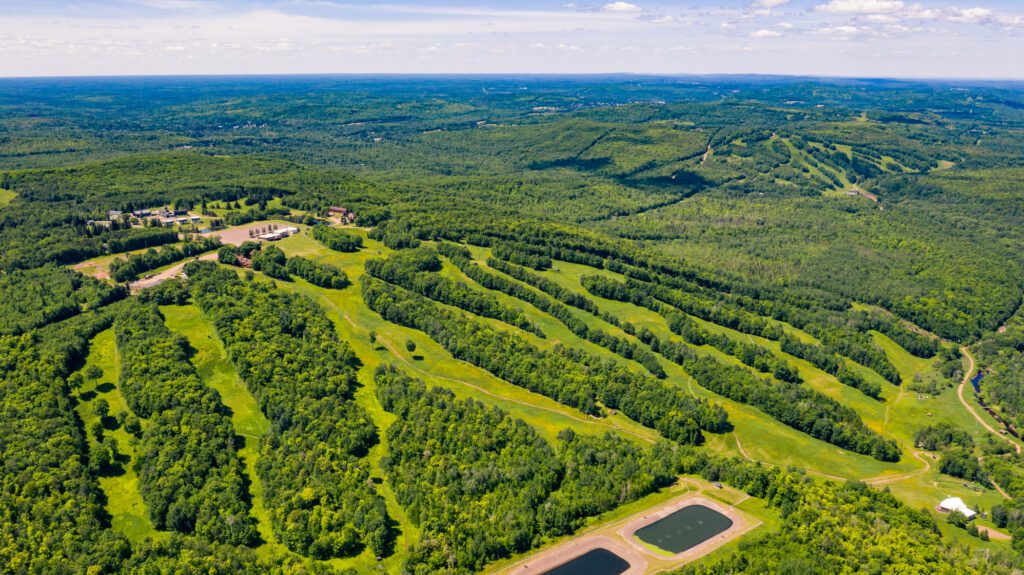 A Break in the Press Release

The Granite Peak team is super excited to work with the team members in the Upper Peninsula of Michigan.  Over the last few months we have been working behind the scenes to get to this point and now the real work begins.  Over the next few weeks you’ll see a transition of brand, tactics, products and a social media approach as we lead into the season.  I know this is exciting for not only our staff but for our season passholders and guests as the synergies are endless.

It’s easier just to post the full press release and of course I’m always happy to answer any questions you may have within the comment field.  Just know today is all about welcoming our new team and it might take me a few days as I’ll be on site in the U.P until Thursday.

“There are two motivating factors for the coming name changes”, stated Skinner. “The first is a sensitivity to co-opting Native American culture. And the second is to eliminate confusion as the name Big Snow is used by another ski operation. We also feel the name changes help signal a new era of capital investment at Snowriver.

“Our mission is to provide healthy, outdoor recreation of the highest quality to Midwesterners, especially families,” added Skinner.  “Indianhead was the first ski area in the UP, and staff and previous ownership did a great job combining two ski areas into one and improving operations.  Our team is excited to welcome the resort’s staff to our family of resorts.”

Snowriver will continue to offer a single lift ticket for the entire resort, and to provide shuttle transportation until a connecting lift is constructed.

With the acquisition, Skinner and his daughter Charlotte Skinner have created a cross-company team of managers called Midwest Family Ski Resorts, which will manage the properties under their ownership. Charlotte, with an MBA from Columbia University and finance experience at public technology companies, will take on the Chief of Staff and Chief Financial Officer role and report to her father, the President, and CEO.

Jim Vick, current GM & Marketing Director at Lutsen, will take on the Chief of Ski Terrain role. Vick will ensure excellence in grooming, snow quality, and varied terrain across the resorts. Greg Fisher, current GM & Marketing Director at Granite Peak, has been named Chief Marketing Officer. Fisher will direct all marketing, communications, and advertising for the properties. Vick and Fisher will maintain their General Manager roles and be based at Lutsen Mountains and Granite Peak, respectively.

In addition, Amanda Plummer has been named Chief Data Officer, and Caitlin Eisch, Chief Employee Experience Officer, and several other key managers have been named to cross-company roles.

“By adding the Michigan resort to our team, we identified programming, policy, and direction efficiencies. In addition, elevating veterans from each property will help our company perform better for our customers and employees,” stated Chief of Staff Charlotte Skinner.

One of the first tasks of the new multi-mountain team will be to transition the new property to a new point of sales system as well as pass structure. The Midwest Family Ski Resorts’ Legendary Pass product that includes unlimited skiing and riding to Granite Peak as well as Lutsen Mountains will ow include Snowriver Mountain Resort for the 22-23 season. Sales of the product have been paused across all properties while the resorts transition to this new product. Legendary Pass sales are slated to resume on September 9th the opportunity to upgrade from our gold or silver passes to the legendary pass prior to the end of our fall pass sale.

About Lutsen Mountains. Lutsen Mountains was the first ski area in Minnesota in 1948.  The ski area is Minnesota’s largest with its highest vertical (800’) and most trails (95), served by eight lifts including the Midwest’s only Gondola and a high-speed chairlift.  A second high-speed chairlift will be installed next summer.  Straddling four peaks of the ancient Sawtooth Mountain range, the ski area is blessed with unique 180-degree blue water views of the World’s largest lake, Lake Superior.  The ski area is the winter anchor of a 5,000-person county that is almost entirely dependent on tourism.  Lutsen Mountains has been family-owned and operated for 74 years.  Lutsen’s management team is led by 35-year Lutsen veteran, General Manager Jim Vick.

About Granite Peak. The ski area was the first ski area in Wisconsin in 1937.  Granite Peak is Wisconsin’s largest ski area with its highest vertical (700’) and most trails (54), served by seven lifts, including three high-speed lifts.  Located in the Rib Mountain State Park, the ski area is the most popular winter recreational venue for Wausau residents and is the primary winter draw for Wausau’s tourism economy.  The Granite Peak team is led by 20-year ski area veteran General Manager Greg Fisher.

About Snowriver. Snowriver is the new name for the resort previously called Big Snow Resort, located in the “Big Snow Country” area of Michigan’s Upper Peninsula, so named because of its 20 feet of annual snowfall.  Snowriver consists of two base areas about 1 mile apart, Black River Basin (previously Blackjack), and Jackson Creek Summit (previously Indianhead, the UP’s first ski area, founded in 1959).  Total skiable acreage is over 400 acres, making Snowriver one of the largest in the Midwest, and can be expanded to 500 acres.